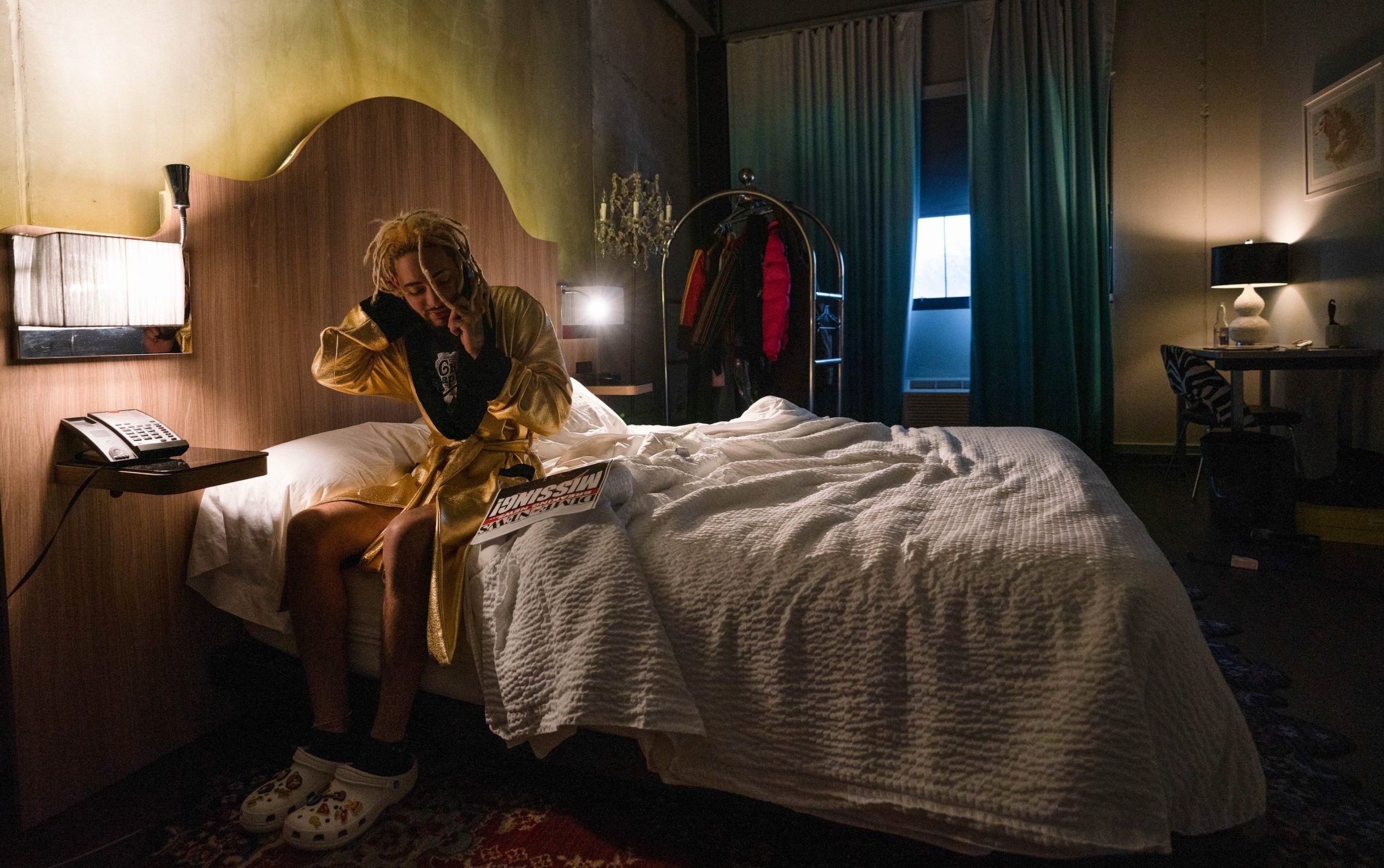 “Lonely” is BB Nobre’s pandemic anthem.  Dropping on the year-anniversary of when the world stopped on its axis, “Lonely” emotes what many of us feel – too much.

The hook asks for a “double shot of tequila since you’re not here.”  The shots numb the feeling of chasing his someone and losing.  He “can’t sleep lonely because it gives (him) nightmares,” like he’s “drowning on the shore.”  For those of us who spent the last year drowning solo in the next apartment, we’re with you BB.  Doing laps in tequila to stay in shape.

BB Nobre felt lonely this year, maybe for the first time.  At 21, the Dominican-born, New-York-City-based artist was holed up, stuck in a routine, missing life.

“Lonely” is BB Nobre’s pandemic anthem, it emotes what many of us feel – too much.

“It wasn’t one thing, it had been building but then it hit me hard and I was low.”  In 2019, BB was the first reggaeton-Latin trap artist signed to Interscope Records, a dream opportunity.  By 2020 he’d gone radio silence.

“I’d call him every day from the road, I was working on a video in Miami and he was at the house in New Jersey.  I was worried.  I’d never seen him like that.  So I’d check in and try to get him out of it.  It was April and everything had stopped.  BB had stopped.  He was holding still.”

Blenfre is BB’s music mentor and one of his six siblings.  They write music together, live together.  Blenfre was living with BB during most of the past year.  They grew close making music and waiting out the pandemic. “One day he called me with a couple of lines, the idea for “Lonely.”  I was like, this is something new.  This is it.”

BB got to a real low, a depression low.  Many of us were also in that time loop. Isolation and monotony messed with BB’s perception.  The whole world was in it together but it didn’t alter the sickness of solitude. Youth isn’t built to hibernate.  BB disappeared from us a while.  And we missed him.

“One day he called me with a couple of lines, the idea for “Lonely.”  I was like, this is something new.  This is it.”

“I didn’t know how to get back to myself, I needed a change, to turn up.”

“He went to visit our other brother, Saul, at college.  They’re basically the same age.  He lived with Saul for four months in New Paltz.  That’s how he got better,” Blenfre explains.

BB found an escape from pandemonium, around people his age at a college.  And when he came back to work on music, he found his voice again.  “Lonely” is the first listen.

Some dope ish.  From another planet.  Signature BB.  He tilts his head back to sing and you want to be with him and make it better.  But it already is because the song is fire.  Contagion and quarantine captured in a hook.

Yo no quiero estar lonely

Yo no puedo dormir lonely

The yearning of “Lonely” takes the shape of lock down.  Even if you don’t understand the Spanish, it’s easy to understand what has happened and how we feel about it.  BB has emerged with a layer of solemn and a depth of spirit not witnessed by his fans before.  He’s still engaging, uplifting.  He still has a natural bounce to his being.  But now our BB is whole-grown.

His thoughts have percolated and they punctuate different this go-round.  His easy smile shares time with other expressions and they each draw us in.  Pensive, raw, humbled, and grateful now share the palette with his usual joyful, and sexy.  BB’s new start includes more color at his disposal.  And the artist is ready to share after all that time apart.

“Tell me will you cheat or will you be loyal to me,” BB Nobre

“Tell me will you cheat or will you be loyal to me,” BB ends in English.  Betrayal, we can all relate to after our year of uncertainty.  The haunting chorus insists he doesn’t want to be lonely.  “A tu lado only.”  We’d like that, we answer.  It’s been a long year.  Please stay.