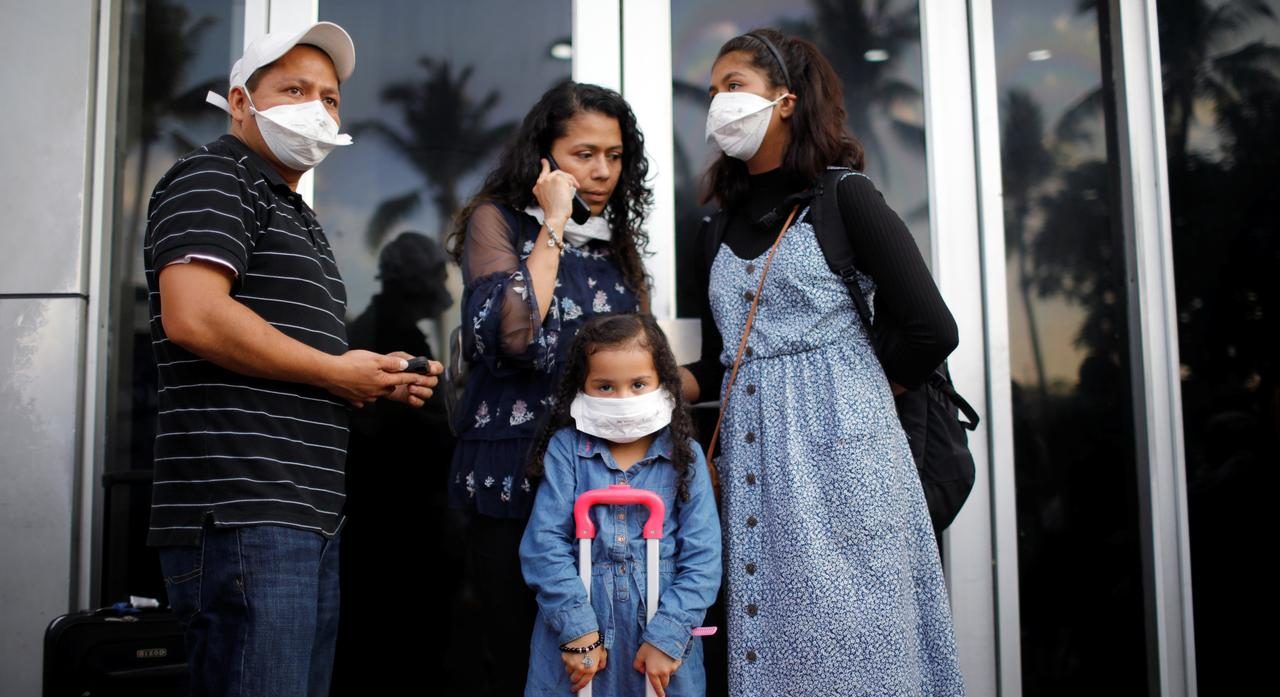 By late 1918, Mexico was emerging from nearly a decade of revolution that killed thousands and pushed many to flee the violent countryside for the comparative peace of urban areas. But people living in cities still faced challenges: manufacturing was slow to restart; agricultural production had diminished; and sporadic outbreaks of rural violence prevented some goods from getting to urban markets.

The population was thus ill-prepared for the influenza that was already making its way across Europe and the United States. As reports of flu cases began to mount in October of that year, health authorities ordered quarantine for all ships docking at the port of Veracruz, suspended service on railroad lines that brought travelers across the border; and encouraged the practice of personal hygiene to prevent disease transmission. Nevertheless, just a few months later, in January of 1919, the Mexico City daily, El Universal, reported nearly 500,000 deaths attributed to la gripe española.

It was in this context of crisis and post-revolutionary reconstruction that public officials sought to elevate health as a component of national policymaking and extend services to populations across the country. These authorities identified the provision of health care, along with education and other social services, as a way of lifting the population out of poverty and creating a hopeful future for a nation emerging from conflict.

The new Departmento de Salubridad Pública had broad authority to promote health across the various states and federal entities. Faced with an overall decline in population since the outbreak of revolutionary violence in 1910, officials launched aggressive campaigns to address specific diseases, such as malaria, syphilis, and tuberculosis; to reduce the country’s elevated infant mortality rate; and to ensure access to quality health care for people living in remote settings.

The Instituto Mexicano de Seguridad Social (IMSS) was formed the same year to provide health services for people working in the private sector. By the 1960s the armed forces, public-sector employees, labor unions, and the state-owned oil company, Petróleos de México (PEMEX) had all launched their own insurance programs and associated healthcare facilities. In 1983, the Constitution’s article 4 was amended to guarantee all Mexicans “the right to health protection.” Twenty years later, the Congress authorized a new program called Seguro Popular to extend health services to the poor and those working in the informal sector, an estimated 50% of the population.

Fast-forward to 2020: It has now been more than 100 years since the “Spanish Influenza,” and more than a decade since the H1N1 outbreak.

When Mexican authorities reported the first cases of H1N1 influenza to the World Health Organization (WHO) in April of 2009, the country was relatively well prepared to confront an outbreak, compared to 1918. Health experts had begun developing a pandemic preparedness plan, and Mexico had engaged in several international exercises related to health security. It had an extensive, albeit fragmented, system of health insurance, clinics and services in place.

And compared to the post-revolutionary period, the political situation in 2009 was stable, with the 2006 presidential election characterized by an orderly transfer of power. But it was also during this period that the violence associated with drug trafficking and in-fighting among cartels was on the rise, with the homicide rate jumping from 12.3 to 17.1 murders per 100,000 people between 2008 and 2009.

As the number of H1N1-associated cases of severe respiratory illness increased in April of 2009, the government took several steps to address the outbreak, including cancelling public events; closing schools; granting health officials authority to isolate the ill; and mobilizing the army to distribute face masks. Some countries began screening passengers arriving by air from Mexico or suspended travel authorizations for official personnel. Conferences were cancelled, and some countries suspended imports of pork from Mexico, as reports identified pigs as the likely source of the virus. The overall impact of the outbreak on Mexico’s economy was significant, with estimated losses of nearly $3 billion in the tourism industry, and more than $25 million in lost revenues due to the decline of pork exports.

Fast-forward to 2020: It has now been more than 100 years since the “Spanish Influenza,” and more than a decade since the H1N1 outbreak. With nearly 500,000 cases of the new coronavirus, Covid-19, having been confirmed worldwide, the WHO on March 11 declared the outbreak to be a pandemic. As of March 26, Mexico had confirmed nearly 500 cases, with the government now reporting community transmission, that is, cases that have no known connection to any others.

How well prepared is the country to confront an outbreak of severe respiratory illness this time around?

Until recently, even as the WHO inched closer to declaring the Covid-19 outbreak a global pandemic, President Andrés Manuel López Obrador, or AMLO, was slow to take action. In speeches and press conferences throughout February and early March, AMLO encouraged the population to act normally and noted that friendliness and sociability are hallmarks of Mexican culture.

As officials around the world cancelled events to prevent transmission of the virus, in Mexico City, the Vive Latino music festival went ahead as planned, although ticket-checkers were instructed to turn away those among the 45,000 attendees who had fever or seemed ill. Mindful of the economic losses the country faced after H1N1, López Obrador further discouraged the media from “exaggerating” about Covid-19 and allowed air traffic from hard-hit countries in Europe, such as Italy and Spain, to continue. With a delayed response at the federal level, state and local authorities began to urge the population to take action: Mexico City Mayor Claudia Sheinbaum, began encouraging citizens in the metropolitan region of more than 21 million people to stay home – and work from home — if possible.

Mexico has now entered a one-month period of social distancing, called the “Jornada de Sana Distancia,” which runs through April 19. Officials have recommended that working outside the home be limited to those engaged in “essential business.” Starting March 26, the government will suspend all activities with the exception of strategic services, such as public safety, health services, and energy. A cartoon character, Susana Distancia, which translates to “your healthy distance,” has been deployed to bring the message to the population. Clad in saffron tights and hot pink boots, Susana has her own Twitter hashtag and stands inside a clear bubble, urging people to stand apart from one another. School vacations have been extended, and social gatherings, religious services, and cultural events must be postponed.

With global shortages of face masks and hand sanitizer, Mexicans are being urged to practice good hygiene and wash their hands to prevent transmission of the virus. But doing so may prove difficult. Data from the World Bank shows that in 2017, only 43% of the population could count on access to a safely managed water supply and 50% to safely managed sanitation.

Experts estimate that there are fewer than 6,000 ventilators on hand for treating patients in severe respiratory distress

Under López Obrador, Mexico has initiated additional health sector reforms aimed at addressing the system’s fragmentation and increasing the access of the poor to health services through a new program that replaces Seguro Popular. But the overall number of hospital beds per 1,000 people, just 1.5, is low compared to the overall average of 2.2 in the Latin America and the Caribbean region, and is considerably lower than the 3.8 beds per 1,000 people average of the countries in the Organization for Economic Cooperation and Development (OECD), to which Mexico belongs. Experts estimate that there are fewer than 6,000 ventilators on hand for treating patients in severe respiratory distress – a number that could eventually include tens of thousands of patients requiring critical care, if the experience of other countries with Covid-19 is instructive.

The U.S. Department of Homeland Security’s Migrant Protection Protocol, or “Remain in Mexico” policy also raises concerns about potential for the transmission of the virus among inhabitants of the informal camps that have proliferated along the Mexico side of the border. The news that all asylum hearings are suspended until at least April 22 means a longer wait in crowded and unsanitary conditions for many migrants from Mexico, as well as Central America. With migrants already in the United States likely to fall ill or be out of work for some period during the outbreak,remittances to family in Mexico are expected to decrease in 2020, as well. Since early March the value of the Mexican peso has declined relative to the U.S. dollar.

One hundred years since la gripe española, when Mexico was just emerging from a tumultuous period of revolution and social upheaval, the country has made considerable progress in extending health services to a greater proportion of the population. There are pandemic plans in place, and communications options that allow authorities to reach the population with necessary information. But in today’s highly integrated world, delays in action can have serious consequences. As the Covid-19 outbreak deepens in Mexico, decisive steps are imperative to prevent the deaths of another half million people.

To Read More INTELIGENCIA stories like this one, go here 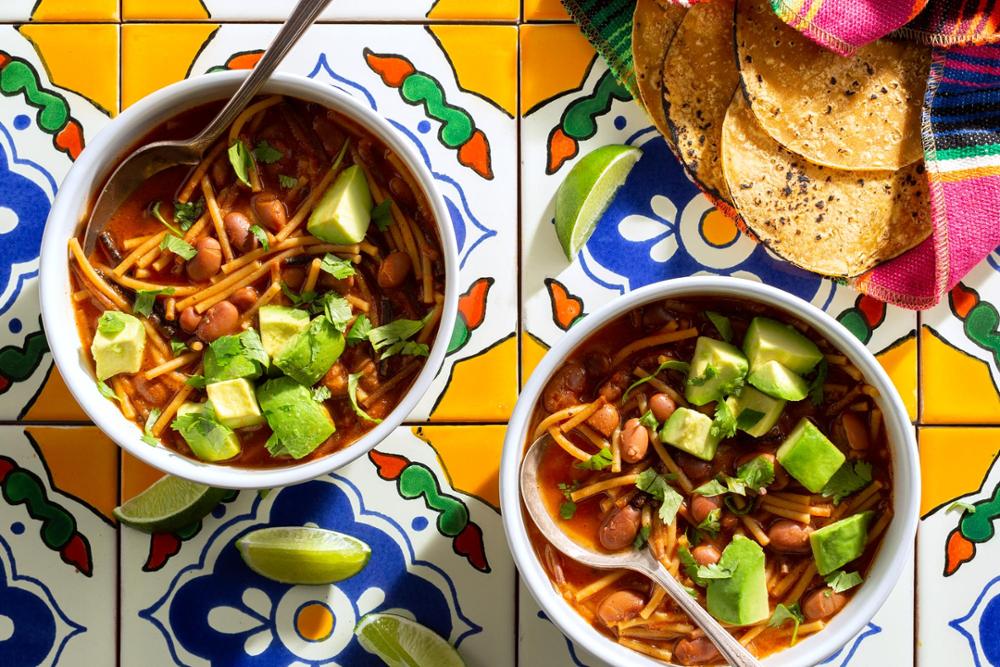 Who Said Mexican Cuisine is Meat-Obsessed?