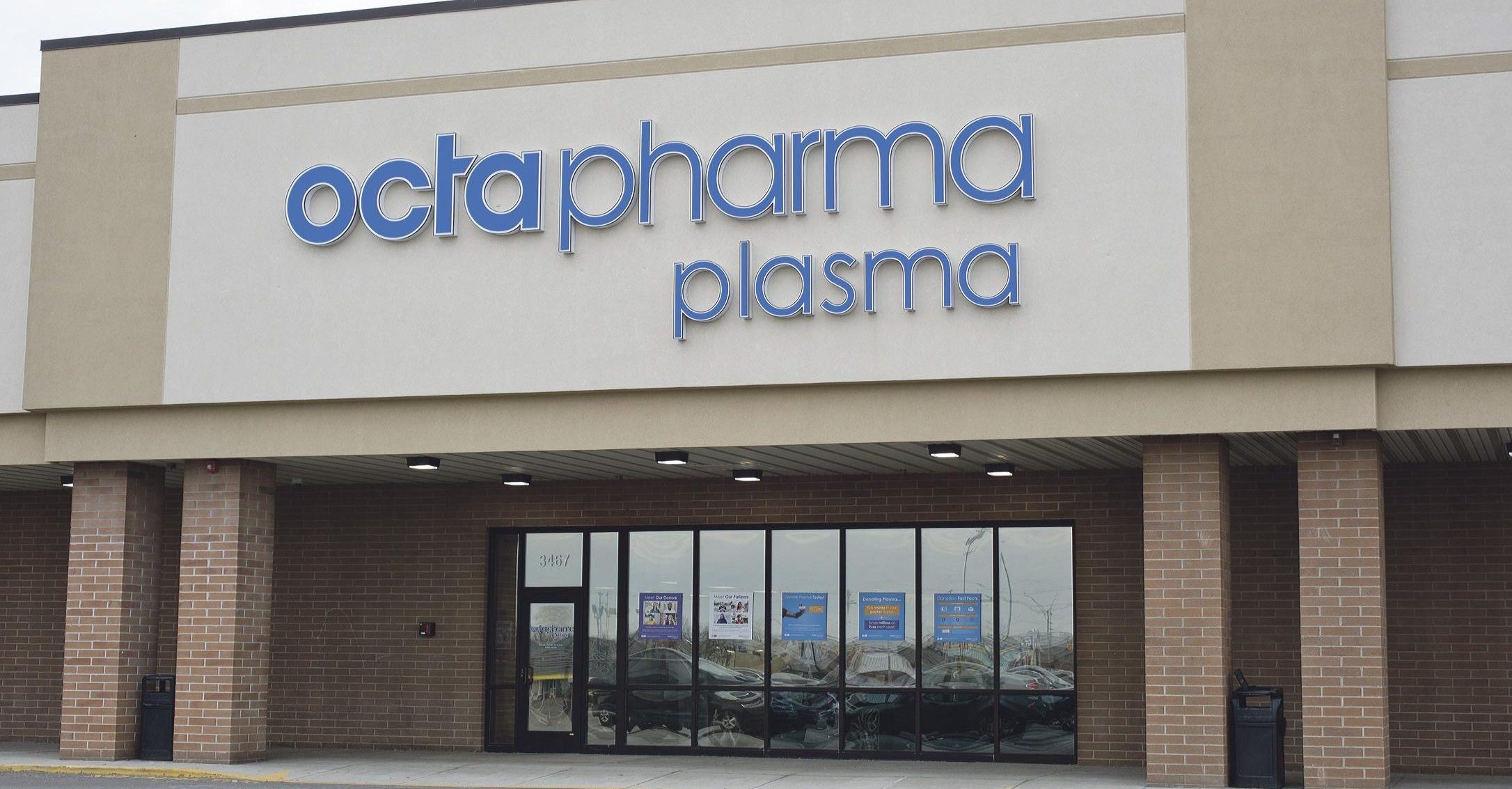 A few years into college, I was strapped for cash.

With a stacked schedule — two jobs and a full course load I didn’t really have time to become an Uber driver or a Postmates delivery girl, but I needed money to pay for books. So, I turned to the internet.

Google searches promised the best ways to make quick cash. My options seemed limitless. On the first search page, just a few entries down, I found an advertisement for a company called Octapharma Plasma. Its headline read: “Make Money by Making a Difference.”

That sounded good to me. The process was simple, according to the website. Come into your local blood plasma donation center, fill out some forms, do a few tests, and complete a “donation.” Soon after, I would have a brand-new debit card in my pocket loaded with money courtesy of my blood plasma collection company of choice.

Blood plasma collection, otherwise known by the indecipherable term plasmapheresis, is the process of separating the liquid, protein-rich parts of blood from the red blood cells, white blood cells and platelets. Like dialysis, plasmapheresis filters the blood for the desired liquid plasma, and returns the remaining cellular components to the donor’s arm.

At two of the largest procurers of blood plasma in the United States, Octapharma Plasma and Grifols, donors are generally expected to put out around 650 to 750 milliliters of plasma per donation. Roughly, 750 mL of plasma equals around three regular-sized cups of coffee.

Make Money by Making a Difference.

Aside from the good feelings that the industry promises in return for blood plasma samples, they give donors anywhere from $50 to $75 per session. Octapharma boasts that first-time donors can make up to $400 a month with their “New Donor Promotion.” Grifols, better known as Biomat USA, says that “donors” can make an average of $200 per month, depending on how good the monthly promotional pay rates for plasma are.

An extra $400 monthly may appeal to many people. In a world that seems to grow more expensive every day, blood plasma “donation” offers low-income individuals a seemingly easy way to earn extra cash.

If it sounds tempting for people looking for a side hustle, the prospects of blood plasma are even more tantalizing for the corporations that dominate the industry. Some have dubbed plasma “liquid gold” — last year, Barcelona-based Grifols grossed nearly $4.9 billion. Octapharma, a Swiss-based company, reported a 2018 revenue of around $2 billion.

In the United States, Octapharma operates a total of 86 plasma collection centers, with plans to build more. The medicine they manufacture using plasma collected in the United States, however, is not currently distributed here. Grifols operates 220 plasma centers in the U.S., and distributes 18 of its plasma-based medicines throughout the country.

Ann Byers, a 44-year-old mother of two, became a widow unexpectedly in 2013. After her husband died, she struggled to provide for her family all by herself. “We had a dramatic change in household income,” she said.

So she began to search online for ways to make extra money without having to invest the number of hours that rideshare or delivery drivers do on a daily basis.

“I stopped going, and I don’t have that anymore,” said Byers. “I don’t know for sure whether those two things are related.”

“I was searching for ways to pull in some income that would still allow me to be home with them after school hours,” she said.

Once Byers learned that it was possible to receive payment for her blood plasma, she decided to give it a shot.

She began visiting a plasma collection center twice a week. Every few days, staff members checked Byers’ vitals and made sure she was well enough to have her blood drained, filtered, and replaced back in her body. They did that regularly for about six years.

She took a break from donating during those years just once — when she got a tattoo and was not allowed to donate for 12 months.

Donors can visit clinics up to twice a week, so long as there is a 48-hour period in between plasma collections. According to Octapharma’s website, “there are few to no side effects and minimal risks involved in donating plasma.” The company mentions there is a small chance that some people may experience bruising or slight dizziness after donation. Grifols’ frequently-asked-questions section expresses the same sentiment.

In their informed consent contract — which potential donors don’t see until they arrive at a plasma clinic in person — Octapharma lists other potential side effects of the collection process. They include nerve irritation, nausea, vomiting, fainting, seizures, air embolism, a tingling feeling in lips or fingers, hand or feet cramps, and scarring at the needle puncture site.

“How much money you make is based on the time it takes you to donate,” according to Octapharma.

Byers said that during her stint as a regular donor she experienced frequent lightheadedness and dizziness. She has scarring on her arm from where the needles were inserted, and eventually developed vertigo.

“I stopped going, and I don’t have that anymore,” said Byers. “I don’t know for sure whether those two things are related.” The side effects Byers experienced didn’t discourage her side hustle — she wanted the extra financial security.

“How much money you make is based on the time it takes you to donate,” according to Octapharma. But that isn’t quite true — if Octapharma rejects a person attempting to give a full plasma sample for any reason, they will not be paid.

Depending on how busy a clinic is on any given day, the plasma collection process from start to finish can take anywhere from three to six hours for first-time donors.

Grecia Garcia works as a clinical lab technician for Children’s Hospital Los Angeles, where she collects blood samples at blood drives three to four times a week. At Garcia’s hospital, donors are not financially compensated for any part of their blood donation — including plasma.

“I know they use the plasma for lots of different number of reasons,” said Garcia. “I don’t know how much people are compensated, but I understand that they need to survive off money.”

Octapharma and Grifols have a large pool of potential blood plasma to draw from. According to a 2018 U.S. Census Bureau report, approximately 4.2 million Americans live below the poverty line.

Byers doesn’t use pay-for-plasma as a side hustle anymore. She says that it no longer works with her lifestyle. Looking back, Byers said she doesn’t think donors are adequately compensated for their time — but that isn’t what bothers her most about the industry.

“I don’t think it’s bad, personally,” said Byers. “But I don’t like the manipulation about how they’re going about compensating people for donating.”

Michael Shapiro, a retired professor of bioethics and constitutional law at the University of Southern California, said that in some cases financial compensation may “provide an incentive for some donors who should not donate because of infection or toxic substances in their blood to donate anyway, putting many others at risk.”

Although there are methods in place to detect bad blood and plasma, clinicians largely rely on honest answers from donors about their medical history. “The more tainted blood there is, the greater risk that some screening tests will fail,” said Shapiro.

Shapiro was wary to label the blood plasma industry exploitative but noted that allowing plasma companies to pay-for-plasma “may help entrench poverty by reinforcing certain social and economic institutions.”

A side hustle like blood plasma donation could perpetuate the cycle of poverty rather than offer a way out — but an attempt to regulate what people are allowed to do with their own bodies may be an infringement on individual autonomy.

Octapharma nor Grifols have not responded to request for comment at the time of writing.