Earth And Fire: Inside The Efforts to Rebuild Guatemala 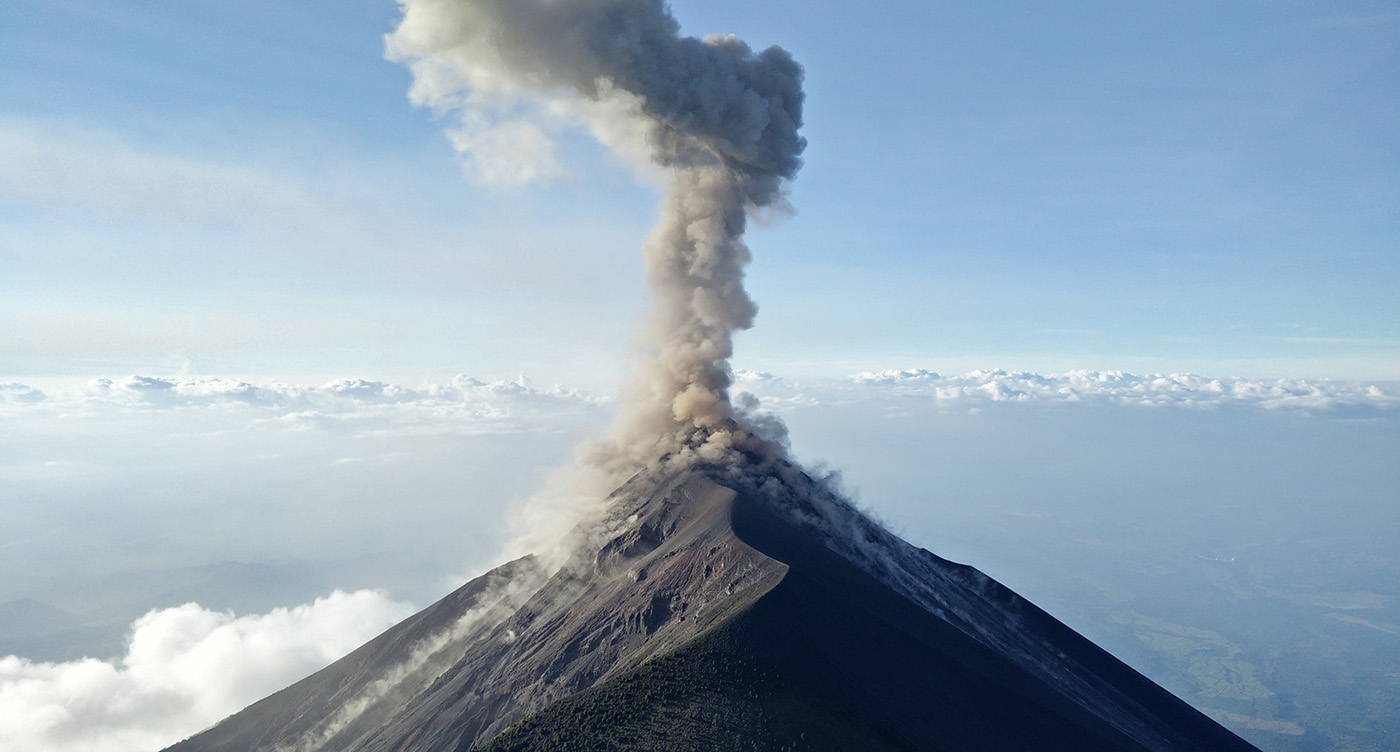 The morning after the Volcán de Fuego’s eruption, Maria Alvarado found herself in Antigua, Guatemala.

She’d driven from the capital with a group of psychologists after hearing about the disaster’s effects on Guatemala’s famous tourist locale. Now, instead of the city’s usual flocking tourists, Alvarado saw families in mourning.

“Most people looked scared and there were people crying,” she says. “Some people just looked lost.”

There was no preconceived plan, no natural response. When Alvarado looked around—seeing everything from an elderly man with burnt legs and feet to a wailing child covered head to toe in ashes—she saw great, unattended need.

Although it’d been less than 24 hours since the eruption, dozens of volunteers like Alvarado poured in with supplies for victims and recovery teams. More were coming. A 22-year-old university student from the capital herself, Alvarado texted friends from school to let them know what supplies to bring when they arrived, including baby clothes and milk.

“Not everyone can come each day because they’re working,” she says, explaining the diverse volunteer force. “So each day I’ve volunteered, I’ve gone with different groups.”

Like many other volunteers, Alvarado wasn’t a firefighter or military member. She spent much of her time aggregating resources and playing with the children of victims— most from the heavily-hit city of Esquintla—while the psychologists she’d accompanied assessed the emotional state of their parents. Many had lost homes, communities, loved ones.

This sudden influx of volunteers made that first day a little chaotic. After all, the eruption’s effects caught everyone by surprise. There was no preconceived plan, no natural response. When Alvarado looked around—seeing everything from an elderly man with burnt legs and feet to a wailing child covered head to toe in ashes—she saw great, unattended need.

“Tons of families were sleeping on the ground because they didn’t have beds,” Alvarado says. She pauses to correct herself, adding, “Well, many still don’t have beds.”

Volunteers like Alvarado scramble to find necessary supplies amid the unprecedented wreckage. According to the National Coordinator for Disaster Reduction (CONRED), over three thousand people were evacuated after the first of the two large-scale eruptions. The official death toll is now over 100 and stories of lost families and homes have continued to emerge in the disaster’s wake.

For weeks since, rescuers have dug through the rubble of houses and towns in search of survivors. Ines Cordon, a volunteer sending supplies from the country’s capital, says that she’s helped send an assortment of boots, coverings, and burn bandages for both volunteers and victims to affected areas.

The boots are especially necessary. The rubble, still hot, has melted the shoes of many recovery crews. Cordon estimates that she and other volunteers in her particular group sent over 200 pairs of boots in just the first week.

Volunteer firefighter Javier Puentes felt this heat himself as he aided recovery efforts the Tuesday after the eruption in San Miguel Los Lotes (an experience he recently reflected upon). The town, only about 13 miles from the Volcán de Fuego, was coated in a veneer of dismal gray. The heat and the ash took a toll on the volunteers as they looked for survivors.

While Puentes says the volcanic materials cooled with the passage of time and rains, the pyroclastic flow from the volcano was still hot when he arrived, causing boots to melt and feet to burn.

“With every vehicle, ambulance, pickup or machinery that drove by, a very fine cloud [of ash] rose that everyone breathed in continually throughout the day,” he recounts over email. “This made everyone more tired than usual, since the atmosphere had little oxygen due to the amount of dust particles in the air.”

Local authorities seem more certain now that the volcano has calmed after its multiple eruptions but, still, recovery teams and victims must sort through what’s left behind.

For now, Puentes said of the affected sites: “It’s a desolate and complicated environment to work in.”

A history of Fuego

In daily bulletins since the eruption, Guatemala’s National Institute for Seismology, Vulcanology, Meteorology and Hydrology (INSIVUMEH) has warned aircrafts against flying too close to the volcano—ash still hangs heavy in the air—and consistently reminds the general public to avoid being in the vicinity of the Volcán de Fuego.

The volcano’s sudden activity didn’t come as a surprise. Look to INSIVUMEH’s website and you’ll find a quick rundown of Guatemala’s active volcanoes. The Volcán de Fuego, of course, ranks chiefly among them. Pyroclastic trickles down the volcano-side are the norm and, as INSIVUMEH writes, “its activity has been known since the time of the conquistadors.”

Still, the early June eruption was different. The last deadly eruption in Guatemala was Pacaya in 2010, where about three people died as other affected communities evacuated. Its effects weren’t nearly as widespread. In his experiences with environmental disaster, Javier Puentes can’t remember anything like this.

“The majority of incidents in Guatemala are mudslides or overflowing rivers,” he says. “This is the first time we’ve responded to an incident caused by pyroclastic flows.”

It’s this fact that has garnered a growing crowd of critics since the eruption. Reports of protests have cropped up around the country, with activists decrying government inaction despite early warnings from volcanologists several hours before the eruption.

Jorge Santos, the general coordinator of the human rights organization Protection Unit for Human Rights Defenders Guatemala, sees this as a symptom of a historic problem.

“We have to understand that Guatemala is a place where these natural phenomenons have existed, exist, and will continue to exist,” Santos says. “In this country, we have a social, economic, and political disaster which, in reality, cost more human lives.”

The main problem for activists like Santos isn’t the volcano. The devastating effects the eruption had on communities close to the volcano simply highlight that, perhaps, these communities shouldn’t have been forced to live so close to a volatile natural structure to begin with.

Since the day of the first eruption, Santos and other activists have grown angry over what Santos calls the “inefficiency and ineptitude” of the government’s response. Other reports echo Santos’s frustrations, saying that government entities like CONRED should have taken early warnings more seriously.

Santos has since been involved in recovery efforts with other human rights defense centers. They’ve raised funds for firefighter equipment, food and medicine, but they’ve also sought to provide psychiatrists for emotionally devastated families moving forward.

While the future for these affected communities entails much hard work, donations have kept recovery efforts afloat. They’re not just coming from within Guatemala; recovery efforts hail from all over the United States and other countries.

“Everyone in Guatemala has been helping, schools, universities, institutions,” Alvarado says. “And help’s also coming from Nicaragua, Honduras, the United States, Spain, a little bit of the whole world.”

Guatemala’s Public Ministry has since opened up an investigation examining the handling of the volcanic eruption, and President Jimmy Morales announced in a tweet that he’s instructed Foreign Ministries to petition the United States for temporary protected status for Guatemalan migrants.

For now, housing and mental health are the focal points of recovery. Many of the affected families are being housing in temporary hostels until they can be relocated and Alvarado says that the group of psychiatrists she arrived with have mapped out an eight month plan to help victims deal with trauma.

“They’re going to be there throughout the whole process,” she says of recovery plans. “Not just coming one weekend and leaving… so [victims] can continue living their lives.

Recovery efforts are ongoing. If you’d like to help victims of the volcanic eruptions but aren’t in Guatemala, you can donate money through these verified GoFundMe campaigns, World Vision’s supplies fund, or to the Guatemalan arm of the Red Cross. You can also keep an eye on current or upcoming campaigns by following hashtags related to the eruption on Twitter, like #GuatemalaEstaUnida, #GuatemalaEstoyContigo, and #TragediaVolcán.

Earth And Fire: Inside The Efforts to Rebuild Guatemala 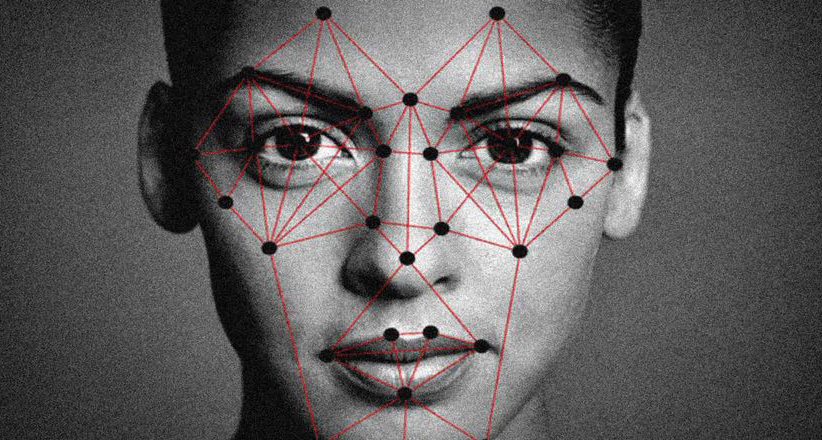