AS THE U.S. BLOCKS REFUGEE APPLICANTS AT THE SOUTHERN BORDER, THE NATION TO THE SOUTH IS BECOMING AN ACCIDENTAL DESTINATION

In March of last year, Alba Luz Maldonado Paz left her Honduras town in search of a better life. The 36-year-old woman said she left her country due to a lack of economic opportunities and physical danger. She was terrified, she explains, when members of an international criminal gang, La Mara 18, threatened to kill her.

The Honduran gang members told Maldonado Paz that if she did not reveal the whereabouts of a close friend who was a former gang member, they were going to shoot her. Frightened, Maldonado Paz left her country and sought refuge in the Mexican city of Tapachula in the state of Chiapas.

Maldonado Paz is just one of thousands of immigrants who planned to seek asylum in the United States but ended up doing so in Mexico. In the first half of 2019, the Mexican Refugee Assistance Commission, said authorities in the country received more than 31,000 refugee applications. That is three times the number of applications they received in the first half of 2018.

Historically, asylum seekers from Central America, like Maldonado Paz, have sought — and often received — asylum in the United States. But under President Donald Trump, the number of refugees admitted to the U.S. has plummeted to historic lows according to a recent Pew Research Analysis.

Historically, asylum seekers from Central America, like Maldonado Paz, have sought — and often received — asylum in the United States.

As thousands of immigrants seeking asylum in the United States arrive at the southern border, the American government continues to pressure Mexico and other Latin American countries to implement safe third-country agreements. The agreements require asylum seekers who pass through a third country to apply for status there, rather than in the U.S. The move has reduced asylum seekers’ access to the American asylum system before they even reach the border.

On July 26, Trump and Guatemalan President Jimmy Morales officially announced a safe third-country agreement. Honduras and Guatemala have also agreed to a similar accord while Mexico has accepted to follow Migrant Protection Protocols (MPP).

The protocols are a U.S. government action whereby certain foreign individuals entering or seeking admission to the U.S. from Mexico – without proper documentation – may be returned to Mexico to wait outside of the U.S. for the duration of their immigration proceedings, where Mexico will provide them with all appropriate humanitarian protections for the duration of their stay, according to the Department of Homeland Security.

“The implementation of Migrant Protection Protocols has prompted thousands of asylum seekers to establish in countries like Mexico,” explains Niels Frenzen, director of the USC Gould School of Law Immigration Clinic.

The Trump administration claims the recent agreements are beneficial for all the countries involved. However, asylum seekers and refugee advocates think differently.

“The implementation of Migrant Protection Protocols has prompted thousands of asylum seekers to establish in countries like Mexico,” explains Niels Frenzen, director of the USC Gould School of Law Immigration Clinic.

“There is a lot of concerns from the people that are from these countries,” said Martin Pineda, refugee advocate and Digital Communication Manager at Central American Resource Center of Los Angeles.

“A lot of people don’t understand how the countries with the most people fleeing are safe to accept immigrants from other countries.”

Many of the immigrants that seek refuge in Latin American countries, like Mexico, do not find the safety they are looking for. Maldonado Paz said that while she waited for authorities to accept her refugee application in Tapachula, a pimp approached her and tried to force her into prostitution.

“A man in Tapachula told me that he had many men of money, who were willing to pay up to 2,000 or 3,000 pesos if I slept with them,” said Maldonado Paz referring to the more than $100 she was offered. She said “no” and filled out a complaint with Mexico’s refugee commission. “I already had an appointment for my [humanitarian] visa, but I couldn’t go because the pimp tried to choke me and force me to go with men.”

Scared for her life, she hit the dangerous road once again, ultimately reaching the northern Mexican state of Baja California. There she was eventually granted a humanitarian visa that allowed her to stay in Mexico. But Maldonado Paz still fears for her life.

“If I could, I would like to go to the United States or Canada. In Mexico, my life is in danger because the people who are looking for me, already know that I live here,” she said. “They said they are coming in a month. I feel in my heart that something bad is going to happen to me.”

While, Maldonado Paz might be able to receive asylum in the United States, because she fears for her life in Mexico, the current Migrant Protection Protocols will very likely force her to wait in the southern border, where she is more vulnerable, for months or even years before her application is approved.

“Even if you are eligible to pursue asylum in the U.S., you will have to remain in Mexico,” Frenzen said. “When you have a court date, you’ll present yourself at a port of entry and you’ll be taken into custody to an immigration court. You’ll have your hearing and then you’ll be driven back to the border to remain in Mexico until your next hearing.”

Prior to the Trump administration, people seeking asylum would be granted a credible-fear interview. If it was determined that the applicant did, in fact, fear for their life, he or she would be detained for a short period of time before being released in the United States with a pending-future interview with an immigration judge.

The number of asylum seekers has dramatically increased in Mexico
Infogram

“The Migrant Protection Protocols have changed that,” Frenzen said. “Now if you present and you’re subjected to a credible fear interview, and you pass the interview, rather than being detained in the United States or released, you are now pushed back into Mexico.” The wait time to receive a second hearing can take weeks, months, or even years. In the meantime, the asylum seeker has to find a way to survive in Mexico.

Various non-governmental organizations provide shelter, food and legal assistance for people waiting for a response in cities with a high volume of immigrants. However, such organizations function with limited resources, and they often try to help too many people. 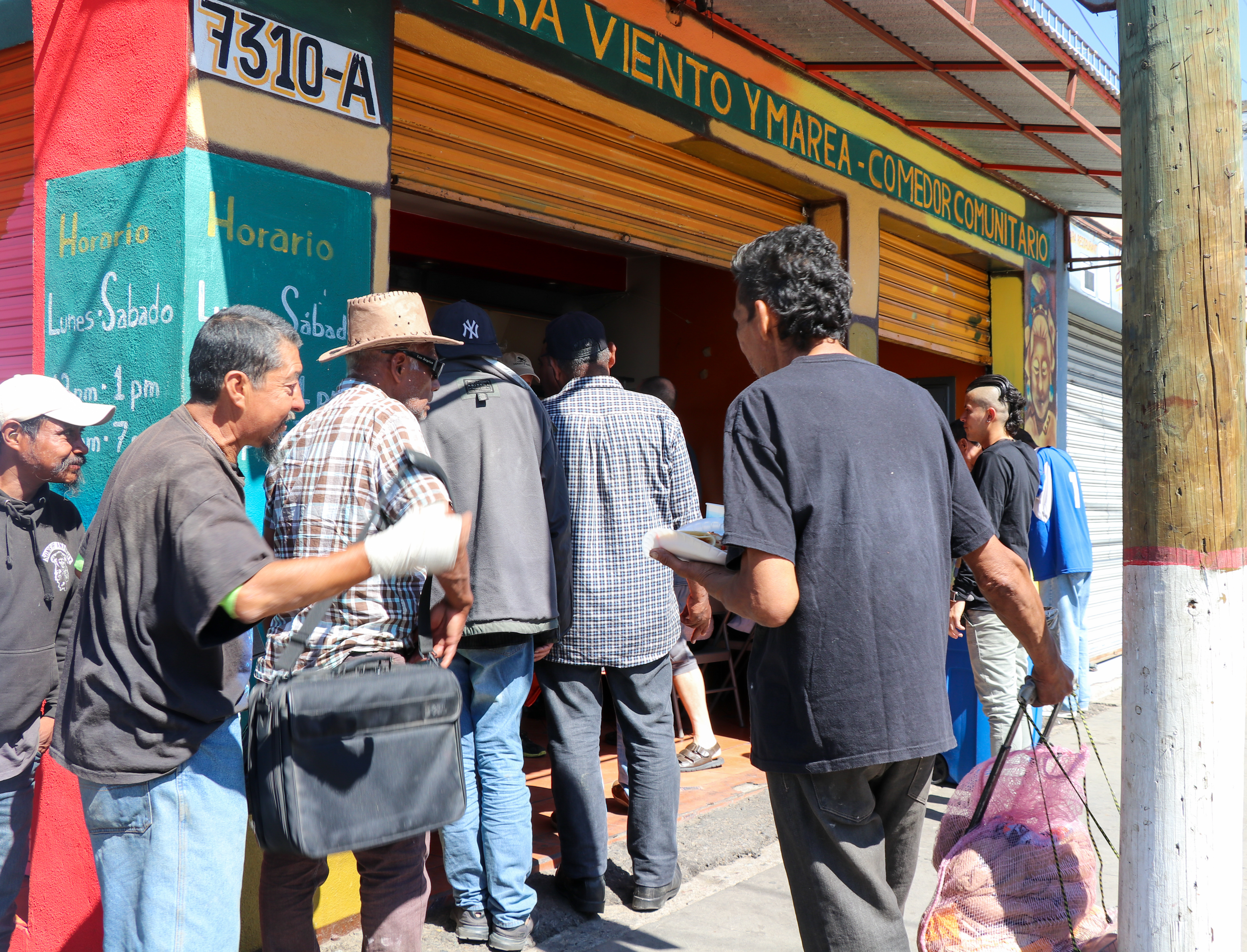 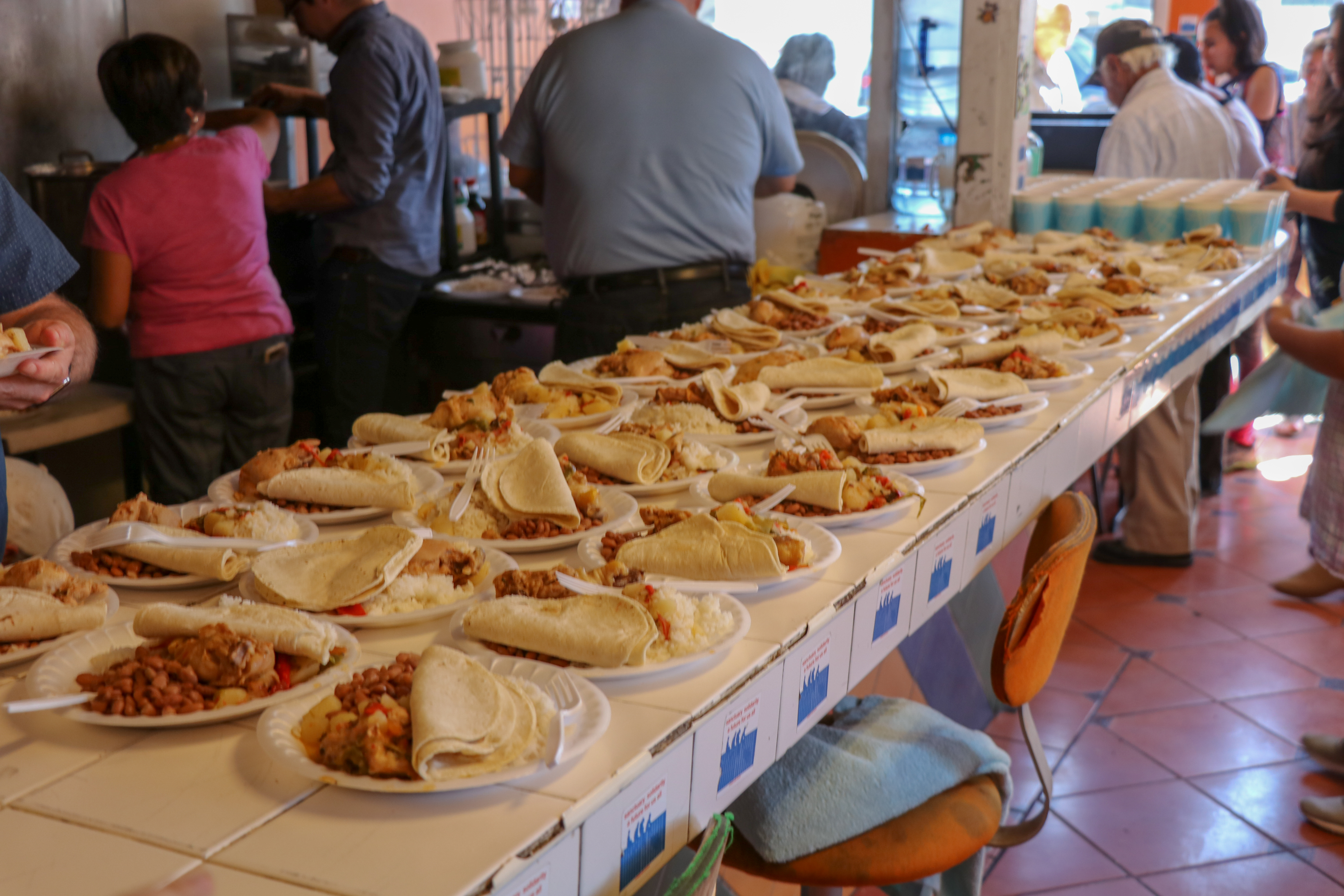 “While I was in Mexico, I had the support of different organizations that helped immigrants almost every day,” said Edgar Reyes, a Honduran immigrant who was recently granted asylum in the United States. “However, I know that not everybody had the type of support that I received because there were just so many people.”

Frenzen, who often travels to the southern border to provide legal support to asylum seekers, said that although NGOs, religious organizations and state and local organizations have stepped up to try to deal with the humanitarian situation, asylum seekers awaiting in Mexico live in very precarious conditions.

“We were down in Tijuana in December of last year, and most people were living in a stadium. Then, they were moved to another location where people were largely outdoors. It was the winter, the situation was intense,” said the lawyer. “There would be rain, and cold and a lot of sick people.”

Despite the current humanitarian situation in Mexico, some refugees who have established in that country say that they have found a better home in Mexican land.

“While I was in Mexico, I had the support of different organizations that helped immigrants almost every day,” said Edgar Reyes

Jorge Alberto Lainez, a Honduran immigrant who asked for asylum in Chiapas Mexico together with his pregnant wife and his four children, says he has had a good experience in Mexico. “The Mexican people have treated us well. They have helped us with our asylum application, and they haven’t been racist or anything. They like that we are hard workers and that we don’t cause any trouble,” Lainez said.

The father of four assures that although most asylum seekers want to receive refuge in the United States, he and his family prefer to remain in Mexico not to risk deportation. “We might later move to the north of Mexico because we have heard that there are more job opportunities there, but not to the U.S. — we see that as another risk,” Lainez said. “We left Honduras to find peace, we don’t want to risk being deported to our country where the situation is much worse.”