Women in Argentina March for Economic Security and Rights 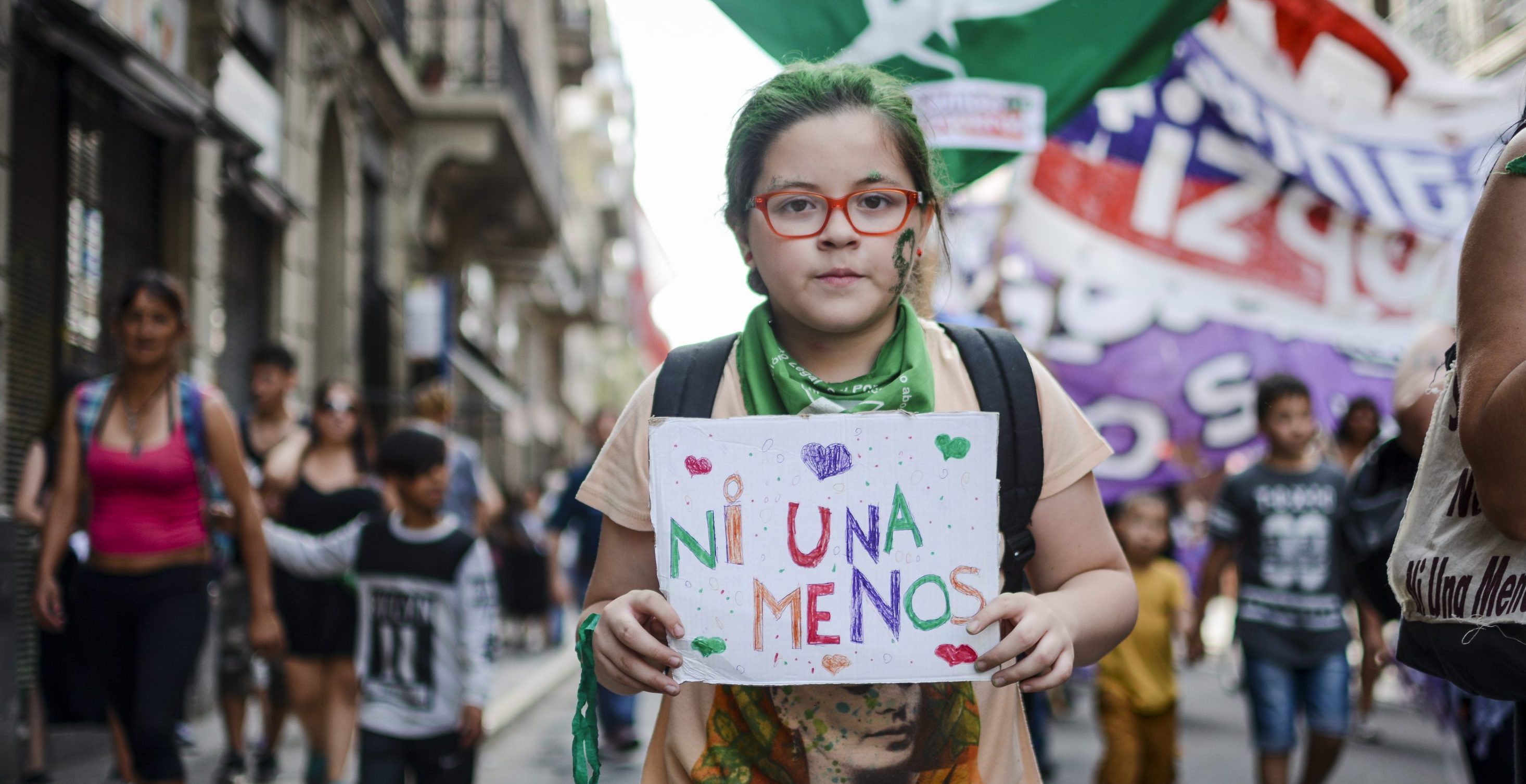 Thousands of women march in Buenos Aires, calling for economic security and access to abortion.

When Cecilia Palmeiro began organizing “Ni Una Menos” (not one less), a campaign against femicide in Argentina, in 2015, she wondered what power a women’s strike could have.

It wasn’t until the following year, after witnessing Polish women striking for abortion access, as well as hearing reports about the rape and murder of a 16-year-old Argentine girl, that the strike she thought about in 2015 became a reality.

On October 19, 2016, Palmeiro and her colleagues at Ni Una Menos organized the first National Women’s strike. Since then, Ni Una Menos has played a key role in the Argentine feminist movement and continued to lead public protests like the international women’s strike.

Recently, thousands of Argentine women took to the streets of Buenos Aires again with the similar aim of past actions: to draw attention to an economic crisis and call for women’s rights, in this case, the right to economic security and abortion.

‘We want us free and without debt”

With presidential elections approaching in October, Argentina has been consumed by frustration with the current administration, led by President Mauricio Macri, and debate over which candidate will best alleviate rising inflation and a debilitating national debt. Argentina received a $56bn loan from the IMF in October 2018 and the National Congress passed an austerity budget to comply with the terms of the loan for 2019.

For Ni Una Menos, the national debt and austerity budget aren’t just the source of economic woes, but feminist concerns as well.

She explained that the state’s debt and austerity program forced it to cut social services, producing private debt among families that relied on those services. Palmeiro believes that debt harms women because it forces them to stay in abusive relationships and take on undesirable work.

Hashtags #LibresYDesendeudadasNosQueremos and #NiUnaMenosSinJubliación where used to draw attention to these economic issues.

Palmeiro also noted that the state’s austerity program had cut retirement benefits for women who work at home. At the International Women’s Strike on May 8 of this year, Ni Una Menos demanded a salary for caretakers, part of their call for society to recognize domestic labor.

To Read More INTELIGENCIA stories like this one, go here