Aida Rodriguez: I Was Always Aware of Feminism 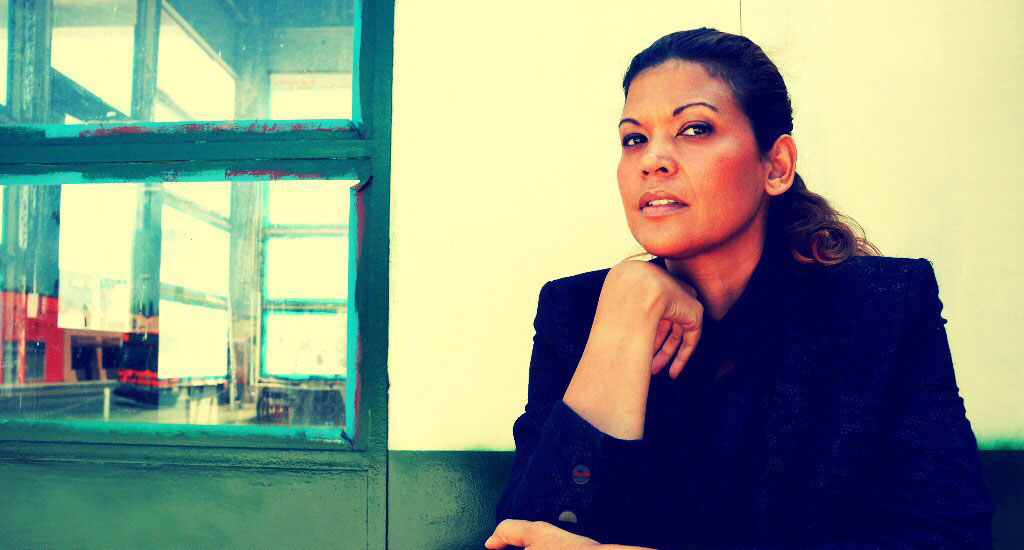 It's been a journey for me | Mike Von

Aida Rodriguez breaks down single motherhood, her Puerto Rican-ness, her Dominican-ness, and modern dating with realness and intelligence.

As host of a panel discussion on Afro-Latinx in Hollywood, comedian Aida Rodriguez deployed wit and charm to guide the panelists through a wide-ranging discussion about creativity and representation while simultaneously raising funds for Puerto Rico in the wake of Hurricane Maria. “Your readers need to know that just because Puerto Rico isn’t trending on Twitter anymore, doesn’t mean that the crisis is over,” Rodriguez reminded us. We wouldn’t expect anything less from such a strong, multi-tasking single mom. Working in one of the toughest, male-dominated fields, Rodriguez has built a solid career in stand-up comedy, appearing in movies with Robert de Niro and becoming a finalist on Last Comic Standing. She took a break from her hectic tour schedule to dig deep about struggling with body image, overcoming homelessness and poverty, and learning how to believe in her own prodigious talent. In her own words.

Machismo is something you can’t get away from when you grow up in the Latin culture, regardless of where you’re from. But, my family was a matriarchy. My grandma was a G. She ran the show. And her husband was second-in-command. My mom was also very strong. The machismo that I encountered was trumped by their power.

My mother’s family, which is Puerto Rican, had a lot of negative connotations about Dominicans based on my father’s behavior. They thought all Dominican men were womanizers. I was sheltered from that Dominican part of me.

Then my mom married my stepfather, who’s Cuban. And he’s very chauvinistic and sexist—also racist. It became more apparent to me that my mom was weaker than my grandmother because of the roles they chose to play in their relationships. My mom couldn’t wear shorts. She had to stop working. For me, I was always aware of feminism, even if I didn’t know the word.

I always knew that equality was not negotiable for me. I couldn’t stomach watching my mom go from being a really strong woman to being submissive for the sake of a relationship.

There is no difference between men’s humor and women’s humor. A lot of people make it seem like there’s a big difference, but people will laugh at what’s funny no matter whom it’s coming from. I hear men saying all the time, “Oh, Aida’s always talking about women’s stuff.” Well, if I don’t and you don’t, then who will? But funny is funny. The majority of the stuff we hear is mansplaining everything, and it gets old.

Latin humor or humor en español feels a little dated. And I hate to it, because it is comparing it to American standards. The humor is more physical in Spanish, a lot more slapstick. But it’s evolving. I was watching a comedy special that I did in Spanish, and I noticed that they like self-deprecation. And with English-language comedy, they really enjoy that I have things to say. I say things that most people are uncomfortable saying about race, or the fact that we have a lot of internal racism. When I talk about it in English, it’s giving a perspective to outsiders. But when I talk about it in Spanish, it feels like I’m telling a dirty secret.

I used to be a model. From the time I was about 15 until about my mid-twenties, I was really struggling. I did every diet, every diet pill, every detox, every cleanse. I look at people now and I laugh because I did that. I had cabbage soup for seven days. I thought that if I could lose just a little bit more weight, then I could get the work and people were going to discover me. I just needed to be a little bit thinner. I’m thanking the universe and God that I’m still alive because I abused [my body]. I did phentermine, clenbuterol, anabolic steroids. I did everything minus street drugs. I did every single diet, diet pills, and detox. I looked like I was dying. I got sick and I was so weak and skinny. I had a son and I couldn’t tend to my son because I didn’t have any energy. So I had to step away.

I’m still trying to make peace with my body image. I still struggle. I’m a recovering anorexic. And it’s been a journey for me. But I think social media has helped. Even though social media has been one of the biggest social ills of our time, I also think it has helped. Because now you have women who have curves on Instagram with a following, being celebrated for their bodies and bombarding the mainstream. Before, when I was a model, the gatekeepers who ran the magazines and the runways wouldn’t let that happen. Now they can’t deny it because those people have a following. Ashley Graham is here. And I’m here for her. Because she’s a beautiful woman. She has hips and curves. And she’s not a size 4.

You have to decide that you’re ready and you’re worthy to start your personal journey to make your creative dreams come true. You have to decide that you’re good enough. And it all starts with a decision. I believe the universe agrees with a made-up mind. You have so many people telling you what good art is based on metrics that have nothing to do with art, and they make you doubt yourself. So you’re always playing double-dutch, going back and forth, trying to figure out what makes you dynamic, ready, good enough. But you have to make that decision, and it has to be based on your gut and what you feel about how you’re going to affect culture and change. It’s the hardest decision you will ever make in this business.

I moved to L.A. with my children to get away from my marriage and my family. I wanted to rebuild myself and start anew. My mom is traditional and she told me, “You have two children. You can’t get a divorce. Nobody’s gonna want you with those kids.” So I had to go and really prove to myself that I could stand on my own two feet, which I was doing anyway. I just didn’t even realize it. It was really me doing everything.

So, I came here with my children and I started working for a company that was owned by a friend of my ex-husband. They used my home office as their West Coast office. They paid the rent. When we parted ways, they stopped paying the rent without telling me, and then the sheriff shows up at my house to clean the house out of me and my kids. I wasn’t ready for it. If I had warning, then I would have prepared for it like I always do. But it came out of nowhere, and it just spiraled: my car got repossessed, I had two kids, I wasn’t getting any child support. And I had no support here. I ended up homeless.

It’s so humbling. [I spent] Halloween in a Best Western with my daughter, and she got sick. The whole week, she had been so excited about trick-or-treating. She wanted to be a Grecian princess, and I scraped up the money to buy her costume. But she couldn’t trick-or-treat that night because she had a fever. And I felt bad because we’re in this dirty-ass hotel and we’re broke. Homelessness for me was horriblel but it made me really understand humanity, vulnerability, and invincibility. It made me feel like whenever I obtain the success that I was seeking, I would never forget that. It made me understand that none of us human beings are worth any more than the other. No matter what we have, what we drive, where we live, what purse we have, at any given moment, you could end up in a gutter, dead. And none of us are exempt from that. It taught me to really see a homeless person and see if they’re okay.  I remember being in that situation and it restored my faith in the strength of the human spirit. I never take people for granted, and I never look through people like they’re not people.

My top five female comics and why:

1. I love Laurie Kilmartin because she’s a great writer, a very good entertainer and performer.

2. I love Roseanne Barr. I know her because she was a judge on Last Comic Standing when I was there, and we became friendly. Just because I don’t agree with her politics doesn’t mean I can’t respect her as a comedian and as a woman who has paved the way for someone like me. I watched her evolution; she hasn’t always been this way politically. A lot of people have become fed up with what’s been going on in America politically. Not that I support it; I just understand the desperation over what’s been happening in America with this corrupt political system and bullshit politicians, regardless of what side of the aisle they’re on. They’re all for sale. It’s been turning people. And I think she’s one of the people who got turned. But I think she’s a great comedian. I think she’s funny. And I love and respect her.

3. Marsha Warfield is a person a lot of people don’t know about. She was very revolutionary in her path in creating lots of opportunities and being really unapologetically herself and bold in a time when that wasn’t received from a black woman.

4. I like Jackie Kashian. I think she’s really, really funny. She’s Armenian and probably one of the most respected female comedic minds among her peers.

5. I like Maria Bamford. I love that she does her own thing. She’s smart and she’s in her own lane. She has made a way for herself despite what the industry says she should be. 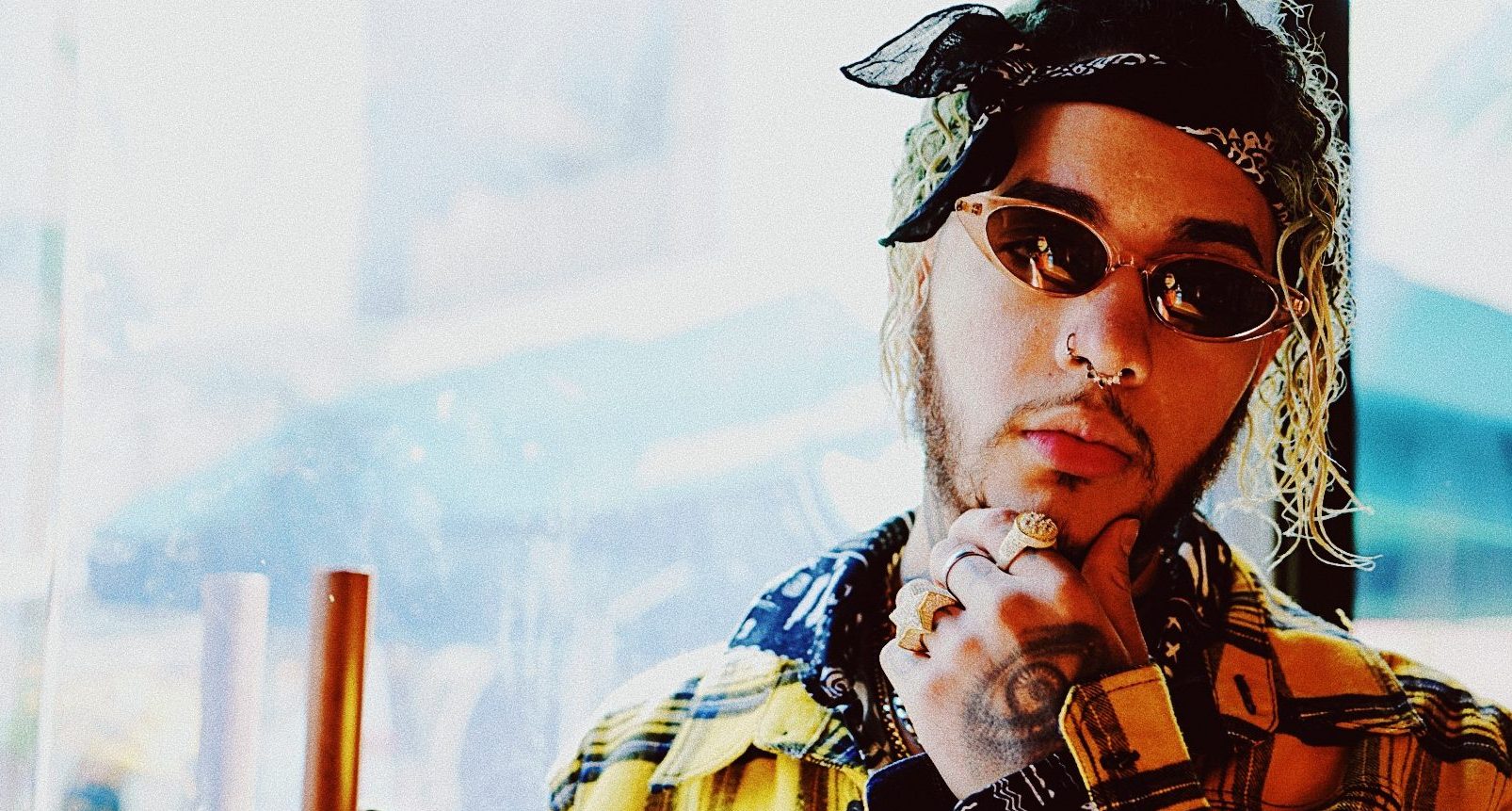 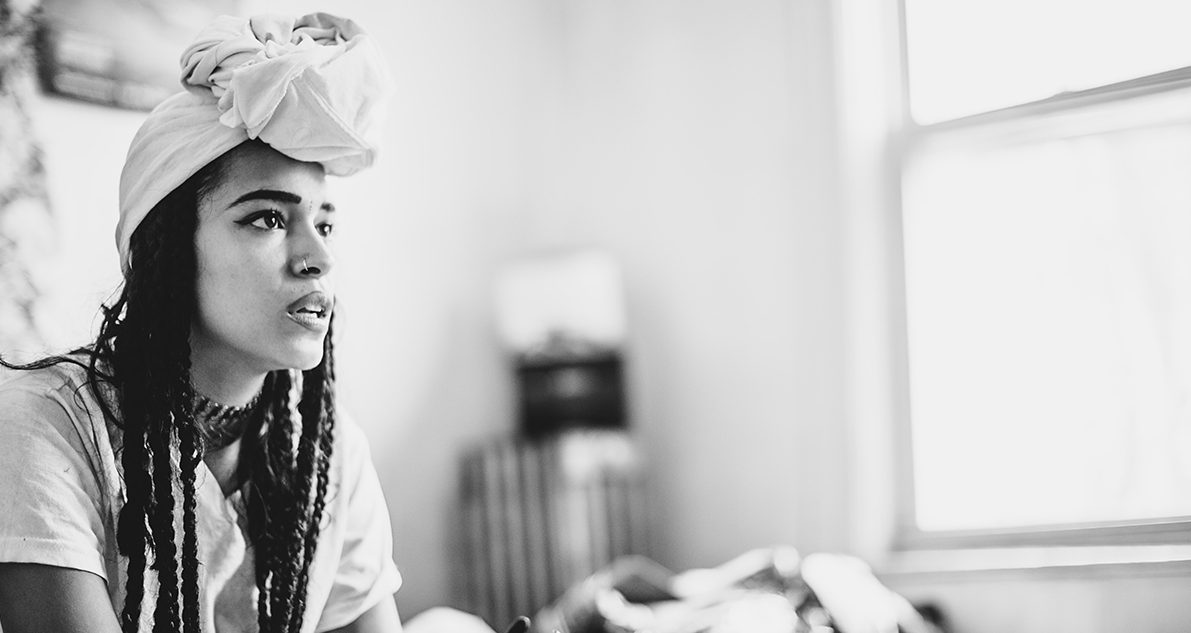